The Parris Island Challenge Coins at Devildog Headquarters are of exceptional quality and designed by Marines For Marines. 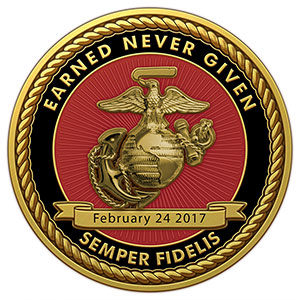 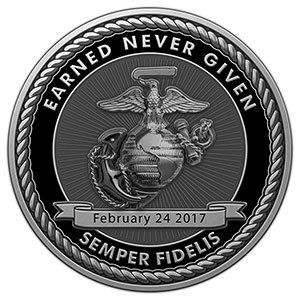 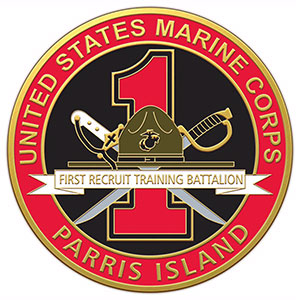 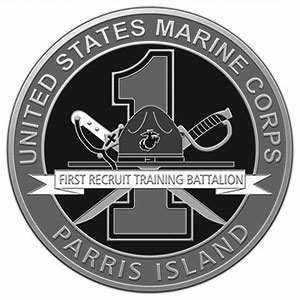 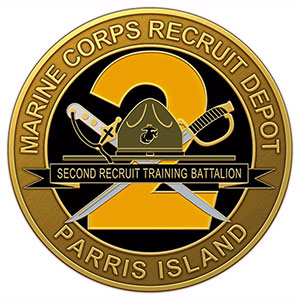 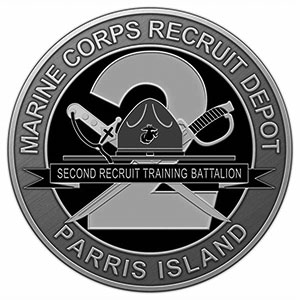 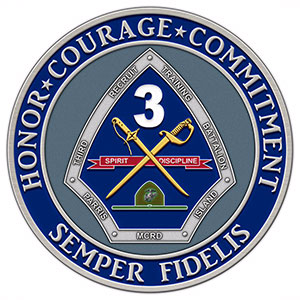 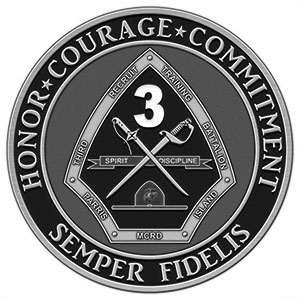 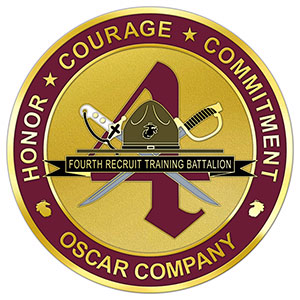 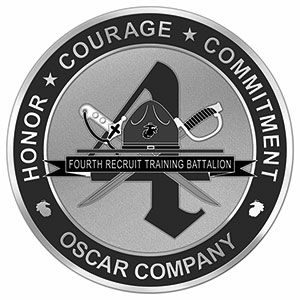 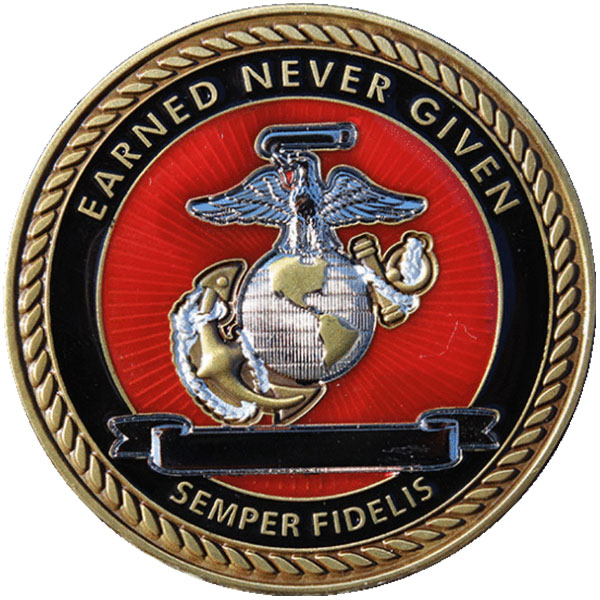 There are many examples of traditions that build camaraderie in the Marine Corps, but few are as well-respected as the practice of carrying a challenge coin. Challenge coins are used in a variety of ways, to promote friendships, strengthen bonds, and encourage success.

It's nearly impossible to definitively know why and where the tradition of challenge coins began. One thing is certain: Coins and military service go back a lot farther than our modern age.

One of the earliest known examples of an enlisted soldier being monetarily rewarded for valor took place in Ancient Rome. If a soldier performed well in battle that day, he would receive his typical day’s pay, and a separate coin as a bonus. Some accounts say that the coin was specially minted with a mark of the legion from which it came, prompting some men to hold on to their coins as a memento, rather than spend them on women and wine.

During World War 1, American volunteers from all parts of the country filled the newly formed flying squadrons. In one squadron, a lieutenant ordered medallions struck in solid bronze and presented them to his unit. One young pilot placed the medallion in a small leather pouch that he wore about his neck.

Shortly after acquiring the medallions, the pilots’ aircraft was severely damaged by ground fire. He was forced to land behind enemy lines and was immediately captured by a German patrol. The Germans took all of his personal identification except for the small leather pouch around his neck. That night, taking advantage of a bombardment he escaped. However, he was without personal identification.

With great difficulty, he crossed no-man’s land. Eventually, he stumbled onto a French outpost. Not recognizing the young pilot’s American accent, the French thought him to be a saboteur and were going to execute him. He had no identification to prove his allegiance, but he did have his medallion. He showed the medallion to his would-be executioners and one of his French captors recognized the squadron insignia on the medallion. Instead of shooting him they gave him a bottle of wine.

In June 2011, Secretary of Defense Robert Gates toured military bases in Afghanistan before his impending retirement. Along the way, he shook hands with dozens of men and women in the Armed Forces in what, to the naked eye, appeared to be a simple exchange of respect. It was, in fact, a secret handshake with a surprise inside for the recipient—a special Secretary of Defense challenge coin.

Not all challenge coins are passed by secret handshake, but it has become a tradition that many uphold. It could have its origins in the Second Boer War, fought between the British and South African colonists at the turn of the 20th century. The British hired many soldiers of fortune for the conflict, who, due to their mercenary status, were unable to earn medals of valor. It was not unusual, though, for the commanding officer of those mercenaries to receive the accommodation instead. Stories say that non-commissioned officers would often sneak into the tent of an unjustly awarded officer and cut the medal from the ribbon. Then, in a public ceremony, they would call the deserving mercenary forward and, palming the medal, shake his hand, passing it to the soldier as a way of indirectly thanking him for his service.

Stories say that the challenge began in Germany after World War II. Americans stationed there took up the local tradition of conducting “Pfennig checks.” The Pfennig was the lowest denomination of coin in Germany, and if you didn’t have one when a check was called, you were stuck buying the beers. This evolved from a Pfennig to a unit’s medallion, and members would "challenge" each other by slamming a medallion down on the bar. If any member present didn’t have his medallion, he had to buy a drink for the challenger and for anyone else that had their coin. If all the other members had their medallions, the challenger had to buy everyone drinks.